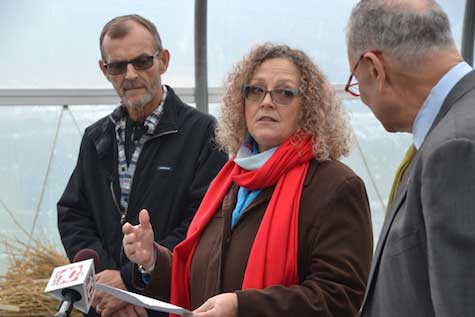 ALBION – U.S. Sen. Charles Schumer visited an Albion farm today that is part of an emerging sector in the state’s agricultural industry. Terry and Gina Miller are growing hemp, one of about 500 farms in the state with a permit to grow the plant.

Schumer said the soils and growing conditions in Western New York and the Finger Lakes have proven to be conducive to growing the plants that are about 5 feet tall.

Schumer also wants to the USDA to consider some of the challenges faced by growers and processors working with hemp.

“It’s like the Wild West right now,” Terry Miller said about dealing with the regulations.

Schumer is urging the USDA to establish clear standards that ensure the safety of the public but aren’t overly burdensome to farmers and processors.

“Industrial hemp has a real future for our New York farmers,” Schumer said at a news conference at Miller’s Organic Hemp Farm. 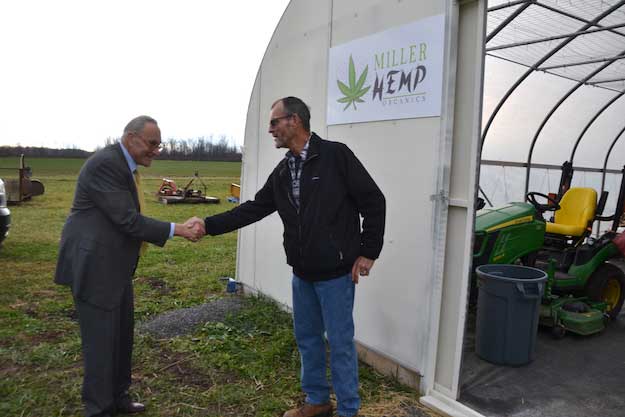 Hemp is popular for the CBD oil that comes from the hemp plant. CBD is used to deal with pain, inflammation and anxiety.

Schumer is asking the USDA to listen to concerns from growers and producers, and to make improvements to the final regulations.

Schumer, at the Albion farm today, expressed his concern over USDA’s proposed Establishment of a Domestic Hemp Production Program, which was published on Oct. 31. The U.S. senator said he’s been approached by farmers, producers and stakeholders from across the Rochester-Finger Lakes Region. They tell him the proposed regulations for sampling and testing of hemp are imprecise, and are not fully reflective of farmers’ challenges. 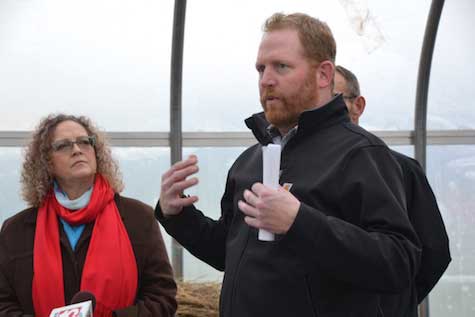 Chris Van Dusen of Holley is president of Empire Hemp Co. in Batavia. He said hemp is a proven product that helps people with pain.

“No one expected the harvest to be this laborious,” he said.

Schumer argued that given the new nature of this industry and the economic potential it holds, USDA should extend the comment period and improve the regulations.

“When it comes to an industry as promising as industrial hemp in the Rochester-Finger Lakes Region, the feds need to get it right the first time, and not rush to any reckless regulatory decisions,” he said. “Regulating this rapidly-emerging industry is a must, but any rules must be part of a well-thought-out process that carefully considers the needs of all stakeholders—from farmers and growers to producers and manufacturers.”

Schumer explained that the proposed rule, which is a necessary step to support domestic industrial hemp production, potentially includes regulations that could have harmful effects on hemp production in Orleans County and the entire nation. The comment period for the proposed Establishment of a Domestic Hemp Production Program began on October 31 and is set to end on Dec. 31.

Schumer noted some provisions under the proposed Establishment of a Domestic Hemp Production Program final rule that have concerned farmers and producers, specifically related to the timeframe for sampling and testing of industrial hemp, the lack of available places to do this testing, the guidelines for THC level testing, and the restrictiveness for retesting if the threshold for THC exceeds allowable levels. 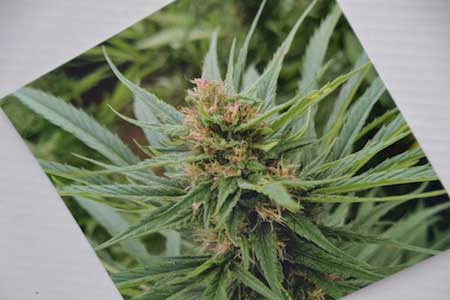 Hemp is a demanding plant to grow, peaking at about 5 feet tall.

For example, Schumer said under the rule, producers would have a 15-day timeframe for the harvesting, sampling and testing of crops. However, since this testing typically takes 5-6 business days alone, the proposed final rule creates a tight turnaround and affords farmers very little leeway in the prescribed timeline.

Furthermore, Schumer explained the short 15-day window may be further hindered by the potential scarcity of DEA-registered laboratories in state, to perform testing in a timely manner.

Additionally, Schumer said the current draft regulations do not afford any provisions for growers to salvage or retest crops that initial tests exceed the established .03 THC threshold. Crop insurance, which is often difficult to procure, still affords no protections for most farmers in these circumstances. Other concerns highlighted by Schumer pertain to the sampling methodology to determine accurate THC levels.

The Schumer-backed Hemp Farming Act of 2018 was introduced by Majority Leader Mitch McConnell (R-KY), Sens. Rand Paul (R-KY), Jeff Merkley (D-OR) and Ron Wyden (D-OR). Schumer noted it had strong bipartisan support and was signed into law as part of the 2018 Farm Bill. This legislation:

•  Removed industrial hemp from Schedule 1 of the Controlled Substances Act

• Empowered states to be the principal regulators of hemp

• Allowed hemp researchers to apply for competitive grants from the USDA

• Made hemp farmers eligible to apply for crop insurance 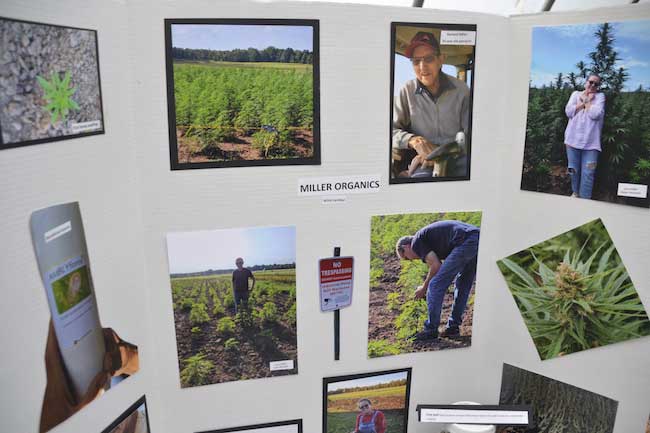 The Millers created this display board of their first year growing hemp. Garland Miller, Terry’s father, helped grow the crop. He is shown in the photo, second from the upper right.

Industrial hemp is a type of cannabis plant that is grown largely for industrial uses, but it can also be utilized for food, oil and cosmetic products. Hemp contains a very small amount, typically between 0.2 and 0.3 percent of tetrahydrocannabinol (THC), and while from the same species of plant as marijuana, it has varied widely in use.

However, due to the existence of THC in hemp, Schumer explained, both plants were considered “controlled substances” under federal law, meaning the U.S. Drug Enforcement Administration was the primary regulator for hemp production.

Schumer argued that this narrow view has undermined the crop’s agricultural and economic potential. With the Hemp Farming Act of 2018 passed by Congress and signed into law last year, this unnecessary roadblock has been lifted, and industrial hemp’s significant potential to become a cash crop in Upstate New York will be unleashed, he said.

“This has tremendous, tremendous potential,” Schumer said at Miller’s farm. “We can be one of the industrial hemp centers of the USA. I’ll do everything I can to get the USDA to be reasonable.”


Originally posted on: 2019 11 30 Source: https://orleanshub.com/schumer-sees-potential-in-wny-upstate-as-major-hemp-growing-region/
Back to Hemp News
Use left/right arrows to navigate the slideshow or swipe left/right if using a mobile device